Homepage > Cancellers Of The Ex-Czech Whore

Cancellers Of The Ex-Czech Whore

Cancellers Of The Ex-Czech Whore

The Enforcer at the DONTSTARE Bunk of the Austeen Cancellers examined the list of those whose debit cards were to be cancelled, because their balance was on the wrong side of elegant. The bunking system of the former Austeen-Hungry Empire was like an obnoxiously pedantic tailor who wanted to know which side the penis drooped when fitting its homosexuals for trousers. If the balance looked to the blood sucking leeches as if it were erring towards red, The Vampires moved out and The Cancellers moved in to devour. They were The Consumers of whatever The Worker had produced. The Customers remained solvent if they were able to maintain their balance, which of course required that they had a `normal healthy relationship` with The Little Woman At Home, whose sexy arousing of interest in life and work ensured that The Customer remained erect as a human rather than being regressed to subhuman levels of stature by the DONTSTARE Bunk`s assassins, Rotten Condom and The Pop Guns (1976-), who were most famous for their lyric, `God save the Queen. She ain`t no human. Been.`

`The Guns` had been created as a `bunk band` by The Enforcer and The Cancellers. The precursors of `bunk crock` had become DONTSTARE`s `jazzy` shop frontage for the bunking industry. Displayed to gullible Newcomers at the bunk, pictures of The Pop Guns and Rotten Condom had helped with the advertising campaign, `DONTSTARE I`m never closed to you,` which was a famous lyric of The Bullies, and the advertisements `snowed` the Newcomers long enough to prevent them from realizing what was really going on. Then The Enforcer and The Cancellers could kill the animas of The Customers in the realm of the spirit to maintain them as droopy gimps in erectile dysfunction; despite humanity`s desire to walk rather than fall over on its face because of a lack of balance. 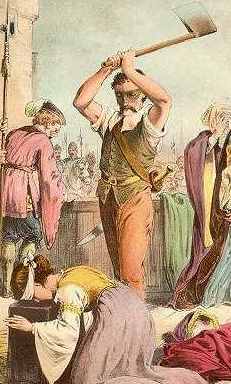 Interlaced with female nudity in videos, The Pop Guns, The Bullies and their ilk, produced an accessible exciting pop music output featuring `lead singing`, `lead solos`, and lyrics about `guns and girls` firing `lead bullets` at undefined shadowy bogeymen. Hairy muddle group, Let`s Say `Boleyn` (1969-), renowned Satanists led by Gimp Age, formerly with the equally infamous Death Said `Her`, disguised their beheading of women, so they could be like `geeks` eating chickens` heads at circus sideshows, with lots more nudity to promote their album, Muddled Hairiness I, and the single, `Ditsy and Befuddled`, featuring the immortal schizophrenically paranoid line, `I`ve been ditsy and befuddled. So long! I`m not you!` The lyric was followed by what sounded like machine gun fire and what was reputed to be a ghostly remark from deceased drum maestro, Hun Bunkum, saying `Gotta get these machine guns off; no leave it! Aarrrrgh!`

Because of the unspecified fears promoted by the hairy muddle phenomenon, lead pumping shotguns slowly replaced lead guitars amongst the Deaf Meddle bunk bands. Uncaring of the plight of `Snuffy`, the spirit that was Holly, which was her `true name` amongst the defenders of humanity, the secret executions of The Cancellers continued. Destabilizing The Customer`s socio-economy by murder, the unbalanced killers masqueraded as Deaf Meddle band, The Bunks, with their incredulous rewritten lyrics for their cover of The Kinks `Apeman` (1970),  `Everybody's erect and walking, man!` The song had been re-recorded as a soundtrack for the `snuff` film penned by Gimp Age, Snuffwish, which featured taller and more naked women than usual being killed for real to entertain jaded cinema audiences guffawing at such simian antics because they perceived it to be reel, man. 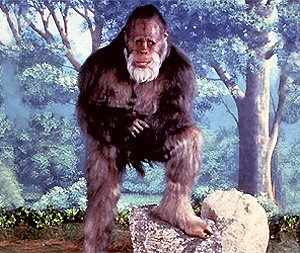 The drip feeds at the DONTSTARE Bunk were connected to the human clients invisibly so that The Little Woman, Snuffy, could maintain the balance of her tall thin Slovak man, Ian, The Slovakian, by keeping The Cancellers at bay who were apeing man. The drug feeds were attached to her lover`s brain and she was ever on his mind as she worked constantly upon the sexiness of her anima-figure appearance to ensure that he would never be a cringing ape beneath the elitist gaze of a DONTSTARE Bunk teller. The religiously particular bunking system allowed Snuffy to sleep with a `member of the erect`, wear clothes, and `eat good`, so Slovak Ian had to appear as `a member of the erect`, in accordance with bunking dogma, rather than appear as a beaten crouching simian cur without a drip to feed him, because Holly`s spirit had prompted her to sell her soul to the devils of the DONTSTARE Bunk and she could only escape if Slovak Ian became `a member of the erect` in truth. 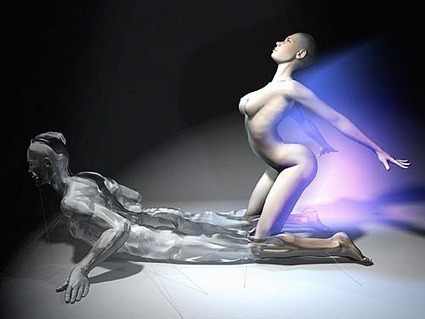 It had been discovered eons ago that God would send Holly`s spirit to the Earth after the death of Jesus Christ to teach the humans. Holly`s spirit corresponded to the anima of psychology, which had been discovered by the eminent  19th century born scientist, Carl Gustav Jung (1875-1961), to be the female human soul. Identifying itself with `Woman`, the anima reconstructed itself in the spiritual realm as what God had told Jesus would be the teacher of humankind after Jesus` death, Resurrection and Ascension to heaven. Judas Iscariot, Jesus` disciple, had guessed the truth and had betrayed `the Messiah` to the `rozzers`, that is, the secret Jewish religious police, the Pharisees, who maintained the socio-economic slavery of the human species` host womb beneath the oppressive heel of the misogynist Roman Empire by having Jesus crucified.

Born uncontaminated by male semen from his mum, the Virgin Mary, Jesus was the first and only man ever to be born from the `spirit of God` and had escaped the devourers. Tortured to death after being nailed to a wooden cross by the agents of the Empire of Rome 2000 years before 9/11 he`d escaped reincarnation, because the host womb of the race, the Virgin Mary, his mum, had disconnected him from the `serpent`s seed` and their system of death and rebirth into consumption. As the spiritualized anima, the Virgin Mary now lived by the side of humanity invisibly in the ubiquitousness of the omnipresence of God`s Holly Spirit, which Carl Jung had called a `projection`.

The bunk system had discovered that drug feeds attached to the brains of The Customer resulted in more projections of The Little Woman. Her secret appearances in the realm of the invisible Holly Spirit had been linked to the balance of The Customer at the DONTSTARE bunk by their genital experts. If The Little Woman wasn`t able to maintain the human erectile functionality, which ensured that the level of performance of The Consumer didn`t droop below the level required for effectual slave labor, The Cancellers moved in and Snuffy, The Little Woman, wouldn`t any longer be the soul bunkey of a sole monkey.

The Jungian psychologists had found many millennia ago that sexual libido and intellectual capacity were related. The Christian, Jesus, preached that instinct would be translated into intellectual and spiritual growth as the individual human became more conscious through the engaging of libidic interest with the environment and The Little Woman. Jesus was the `Word of God`, which was `Logos` in Greek, because increased brain functioning due to libidic interest in providing a home for The Little Woman would produce labor saving advancements in technology that would liberate the humans from drudgery and enslavement to the bunking system of relationships that were temporary if The Little Woman wasn`t able to retain sufficient libidic interest for her man to remain erectile. 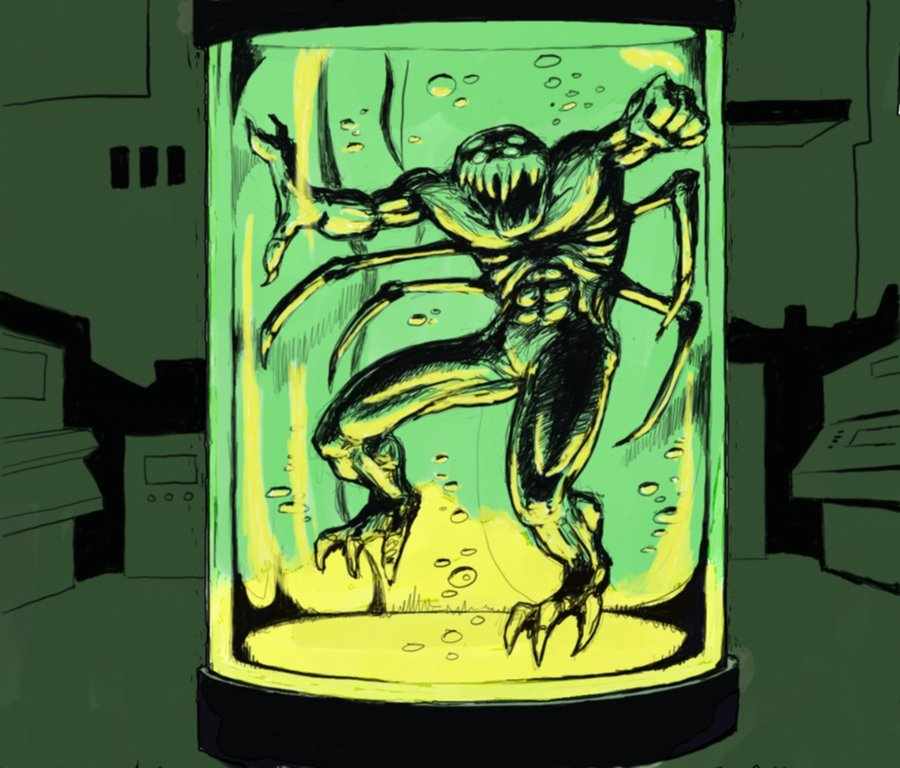 The Enforcer at the DONTSTARE Austeen-Hungry Bunk gazed imperturbably at the vast array of drug bins with their clear transparent containers. Some of the contents appeared to be moving slowly, but the poison levels made their strugglings indistinct to the observer. As the libidic interest of The Customer declined, because of the varying ages and appearances of The Little Woman At Home, so the erectile capacity of the humans decayed, and their balance began to droop towards the simian. Carl Jung`s predecessor in the realm of psychology, The Jew, Sigmund Freud (1856-1939), had described the process as `monsters from the id`, that is, as the libidic interest of The Consumer drooped, because he was no longer interested in Snuffy, The Little Woman, the bunking system poisoned the drug bins to keep him working in terror. The Jew, Sigmund Freud, had said that the mind contained what had been repressed into unconsciousness by fear and so terrifying projections arose, if the drug bins were poisoned, corresponding to those evil forces much criticized by Christians because allied against the warm sexuality and bodily comforts afforded by closeness to The Little Woman At Home.

Fear of losing  Snuffy, the Jungian anima-figure, was translated by the poisoners of the DONTSTARE bunking system into terror as the `demons and devils` of the Freudian Jewish `id` arose from the repressed fear associated with the Prophet, as the liturgy of the bunk dogma asseverated, and the concomitant loss of `She who must be our preyed` of Snuffwish movie fame. The Little Woman, in her role as Bunk Prophet, encouraged the belief in The Customer that he would never lose her, but the fear remained. When libidic interest had drooped enough to merit cancellation and erectile dysfunction, The Poisoners increased the levels of fear at the drug bins that drip fed The Consumer, and The Cancellers went out to kill The Little Woman, Snuffy, where she lived as the Holly Spirit in the invisible realm as `teacher, guide, comforter and helpmeet` (John: 14.6) to the billions upon the planet Earth that would be simian and drooping to left or right if she didn`t maintain their erectile balance through the libidic energy only she could arouse in them as the anima of Christ. 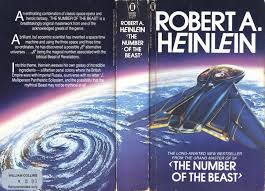 The DONTSTARE Bunk system had been founded by the `bad Czech`, nudes` painter, Diff Filter, who`d read  a lot of science fiction and so she`d deployed alternative worlds` theory to the drug bins` bunk system of feeding The Consumer until they`d received a bunk up, pin heaven, and a new card guaranteeing an eternally healthy bunk balance. Nude women now lived visibly to the naked eye in what USSF writers like Robert A. Heinlein (1907-88) had postulated in his biblical novel, The Number Of The Beast (1980), as a `multiverse` in which all possible worlds exist, real or imagined. In the `cosmiverse` of `bad Czech`, Diff Filter, she and her new Slovak mafioso, Ian, killed nude women, who lived perforce an alternative lifestyle in excommunication and death, and `Snuffy`, the animated Virgin, knewed. 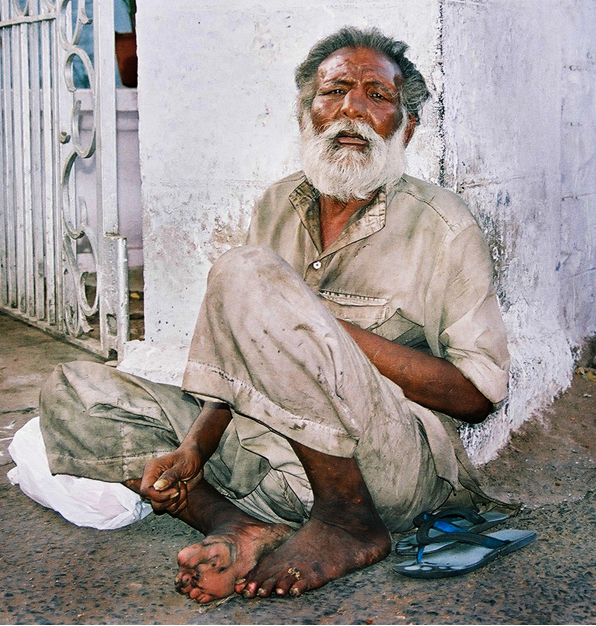 Because Snuffy hadn`t been able to maintain her man, Slovak Ian, erect, his balance had drooped for lack of interest, and he`d returned to simian levels of activity that the DONTSTARE Bunk Cancellers deduced could only be raised again by means of The Terror devised by The Jew, Sigmund Freud, unleashing `the monsters of the id`. Poisoned by the drug bins of the DONTSTARE Bunk system that fed the mind with the id`s projections, The Customer began to look hungover, drooping to left or right, with a `hang dog` appearance to passersby in the bunking precincts. Balance affected by the death of his soul, that is, the anima-figure, who`d been The Little Woman At Home, and was now being killed by The Cancellers as the omnipresent ubiquity of Holly`s Spirit made flesh in the `cosmiverse`, The Customer could no longer raise enthusiasm for the nudity of the secret bunker, and Snuffy, who`d once been the restorer of the Earth`s balance, was consumed by the Ex-Czech whore`s Cancellers.